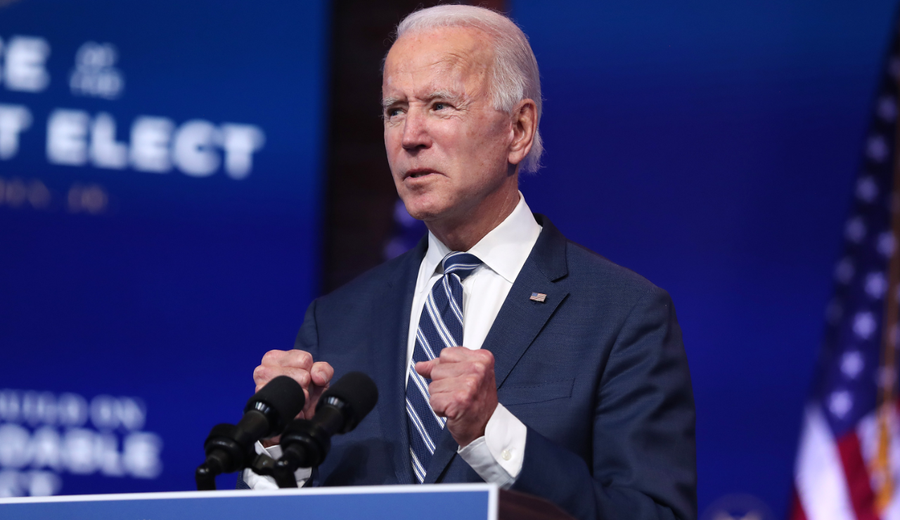 Low-wage workers could see a boost to their pay for the first time since 2009, if former Vice President Joe Biden has his way.

The president-elect pledged in the run up to the pivotal 2020 presidential election that he would boost the federal minimum wage to $15 per hour, from its current level of $7.25. The U.S. labor market might be one step closer to that reality, after a Saturday projection showed Biden winning the race.

Economists say boosting wages could help pad hard-hit Americans’ wallets during a time of severe financial distress while also helping to increase demand, though others argue that it might harm the small businesses and companies already struggling during the worst recession since the Great Depression of the 1930s.

Here’s everything you need to know about Biden’s pledge, including how it could impact your wallet and what the potential consequences or benefits might be.

In addition to boosting the federal minimum wage to $15 an hour, Biden also supports eliminating the system that opens the door for “tipped” workers to earn less than the minimum wage level. He’s also floated indexing minimum wage increases to the median hourly rate, according to his campaign’s plan.

Policy analysts and experts say the quickest way to implement that policy might be to renew the “Raise the Wage Act,” which the House of Representatives passed back in July 2019.

If it were renewed in 2021, that piece of legislation most likely wouldn’t take effect until 2022, according to William Spriggs, chief economist at the American Federation of Labor Unions and Congress of Industrial Organizations. At that point, the U.S. economy would also be on more stable footing than it is today, according to Bankrate’s quarterly poll of economists. Even then, that proposal allows for a six-year-long phase in, with the $15 level not reached until six years after the bill is passed, according to the text of the bill.

“It would not be like flipping a switch and going to $15 tomorrow,” says Shai Akabas, director of economic policy at the Bipartisan Policy Center. “If consistent with other proposals and states that have phased in, it would be done in a graduated way.”

Key benefits of increasing the minimum wage
1. More individuals could be pulled out of poverty

Estimates on how many individuals would see an impact vary, but experts say it would likely result in pulling the lowest-wage workers out of poverty and helping marginalized groups who disproportionately work minimum-wage positions.

About 1.9 percent of all workers who were paid hourly wages in 2019 (what’s close to a level of about 1.6 million) earned pay at or below the federal minimum, according to an April 2020 Bureau of Labor Statistics report. But that might not portray the entire picture, given that many minimum wages aren’t considered as binding today as they were in the late 1960s, Spriggs says. That’s because some firms, including the likes of Walmart and Amazon, pay above the federal level out of choice.

A different estimate from the left-leaning think tank Economic Policy Institute (EPI), which has conducted some of the most extensive research on the subject matter and its economic effects, suggests that about 33.5 million workers would see higher pay, almost two-thirds of them women and 6.2 million currently living in poverty.

A Congressional Budget Office (CBO) report found that a $15 minimum wage by 2025 would impact 27.3 million low-wage workers and pull 1.3 million people out of poverty.

At a demographic level, about a quarter of all Black workers would be impacted by a boost to the federal minimum wage, as well as 19.1 percent of Hispanic workers, according to EPI.

Those groups often face an unemployment rate that’s nearly two-times higher than whites. That’s especially been the case with the coronavirus crisis, with white unemployment rebounding to lower levels much faster than Black and Hispanic joblessness. Though all demographics tend to experience rises in joblessness at the start of recessions, those gaps take longer to close for minority workers.

2. During severe coronavirus crisis, wage hikes could help those directly impacted by pandemic and increase demand

Bearing the brunt of the job losses at the heart of the coronavirus crisis were the restaurant, hospitality and tourism workers, according to a Bankrate analysis of Labor Department data. Employers cut about 62 percent of all positions at clothing and clothing accessory stores between February and April, along with 49 percent of jobs within leisure and hospitality and 49 percent at food and drinking places.

Those industries would be the first in line to benefit from a minimum wage hike, according to EPI’s analysis, with about 40 percent of individuals working in restaurants and food service and 29 percent in retail trade.

On the flipside, some of the least-impacted jobs were among the safest industries during the pandemic. Firms cut 3 percent of jobs in the financial activities sector. EPI projects that about 6 percent would be impacted in finance, insurance and real estate by a minimum wage hike.

A $15 minimum wage might’ve also helped some workers be in a more stable financial position at the start of the crisis, Spriggs says. A Bankrate poll from January 2020, just before the coronavirus crisis, found that nearly 4 in 10 Americans wouldn’t have enough money to cover a $1,000 emergency expense. That suggests many workers were living paycheck to paycheck before the pandemic, as individuals in higher-income brackets were more likely to report that they were better equipped to handle that unexpected cost.

“Each of the estimated 27 million workers who would benefit from the wage boost would become better qualified consumers, whose expenditures would also help the still-in-progress economic expansion,” says Mark Hamrick, Bankrate’s senior economic analyst and Washington bureau chief.

Biggest downside of increasing minimum wage: It might crush small businesses and the economy

But the same CBO report found that a $15 minimum wage might restrict economic growth in some capacity, putting an estimated 1.3 million individuals out of work. That’s because it could weigh on firms’ profits in the first few years after a higher cost of labor is implemented, and it’s particularly tough for small businesses, the analysis found.

Those firms have been slammed by the pandemic, suggesting they might be in a precarious position. A September Yelp report found that nearly 60 percent of small business closures are now permanent.

“The fact that we have a serious economic downturn going on right now doesn’t mean we shouldn’t be thinking about the issue and considering changes that would be phased in over time,” Akabas says. “It does probably mean that having something go into effect is not the best approach as employers are figuring out whether or not they can afford to keep on the workers they have even at current wages.”

Negative effects on unemployment would then weigh on the economy’s total output, holding down growth and preventing it from rebounding at a faster rate.

At the same time, other common arguments suggest that increases to families’ purchasing power might be offset by rising prices, which businesses may pass on to consumers after seeing that their labor costs have gone up.

“Real income is also reduced for nearly all people because increases in the prices of goods and services weaken families’ purchasing power,” the CBO reported.

That might lead some lawmakers to approve a policy that isn’t a black-and-white mandate, but dependent on where an individual lives and works, and the cost-of-living associated with that region. Even President Donald Trump indicated during a recent presidential debate that he supported raising the minimum wage, though leaving how much and when up to the states.

“It’s pretty clear that $7.25 is not a living wage in pretty much any area of the country, so we should have a national minimum wage that is higher than that level,” Akabas says. “When you get to the question of how high, then I think it matters quite a bit when you’re looking at different regions and different costs of living and the potential negative effects of an increase that is put in place aggressively and rapidly.”

What you need to know

Policy experts say Biden might need to flip the Senate after a run-off election in January if he’s going to pass legislation that boosts the federal minimum wage. But that might be happening before lawmakers’ very eyes already, Hamrick says, given that many states have already taken matters into their own hands.

“Republicans have been reticent to support an increase in the federal minimum wage, which helps explain why it has been over a decade since it has been given a boost,” Hamrick says. “They favor the argument that such an increase would weigh on employment prospects. That overlooks the reality that many states and localities have since taken it upon themselves to raise their own minimums, making the federal effort irrelevant in their cases.”

About 18 states pay wages higher than the federal minimum wage, according to the National Conference of State Legislatures. Those policies take precedence over the federal one.

Swing-state Florida is the latest to join that list, with voters approving an addendum to boost minimum wage to $15 following a successful ballot initiative in the recent election.

Taking the possible pros and cons in mind, the economic effects of minimum wage hikes might look like a teeter-totter. One side might juggle higher prices and reduced unemployment right when the policy is implemented, while the other could lead to increased demand and reduced government spending in downturns to keep households afloat.

“It’s an important issue as we move forward in the backside of this crisis,” Akabas says, “hopefully rebuilding the economy to an even stronger place than it was before and thinking through what are the tools and appropriate policy changes that we can implement to make sure that all workers are sharing in the success of the American economy.”

Learn more:
How much money could you get on the next stimulus check?
Skinny bill or a second $1,200 stimulus check? Here’s the latest on who could be eligible
Overpaid unemployment benefits: What to do when your state wants the money back

Can you collect unemployment if you have a side business?