Overpaid unemployment benefits: What to do when your state wants the money back 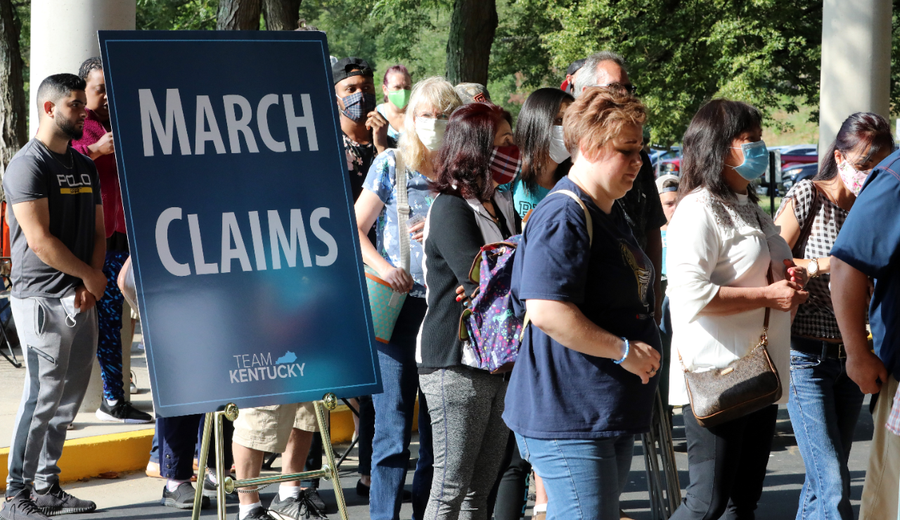 It sounds like a good problem to have: receiving more than expected in your state’s weekly jobless benefit check. But experts say a state overpaying your unemployment insurance (UI) could turn out to be costly, particularly as many Americans find themselves cash-strapped from the pandemic’s economic effects.

Here’s what happens when your state overpays your UI benefits and seven steps you can take if you find yourself facing this problem.

What happens when your state overpays your UI benefits?

If you’ve somehow ended up receiving more than you should have, you’re likely going to get a notice about your state trying to recoup those additional payments. Many states are having trouble handling the massive amounts of new jobless claims, which have remained historically elevated almost six months into the coronavirus crisis. Others have been hit with fraudulent filings and could be trying to get the situation under control. It’s also possible that your former employer disagreed with your claim amount.

Most of the time, it’s no fault of your own, but your next course of action depends on where you live and what program you’re drawing unemployment benefits from. States from North Carolina and Ohio to Florida and Texas are among the states reporting that they’re requesting unemployed workers return the amount that was overpaid.

What to do if this happens to you
1. Check which unemployment benefits program you’re on and what your state specifically requires

UI isn’t a one-size-fits-all program. Each state has a different way of administering and handling funds, and Congress’ pandemic response originated three more UI programs than offices are normally handling.

First, there’s your state’s regular UI program. Then, for individuals who’ve exhausted those benefits and turned to the extra CARES Act-backed 13 weeks of aid, there’s the Pandemic Emergency Unemployment Compensation (PEUC), as well as the $600 Federal Pandemic Unemployment Compensation (FPUC) payment. The latter two programs are federal, with the CARES Act granting states the ability to waive overpayments in those programs, according to Michele Evermore, unemployment insurance expert and senior policy analyst at the National Employment Law Project. Your individual state program, however, is different, and it’s worth checking to see what your state specifically allows.

Then comes the Pandemic Unemployment Assistance (PUA) program, also created by the wide-sweeping CARES Act that helped include typically ineligible gig workers and the self-employed. Almost half of all individuals currently claiming benefits are on this program, according to the Department of Labor’s most recent jobless claims data. That program also isn’t mandated by federal law to waive those overpayments if a state finds out it’s made a mistake and paid out more than it should have. In some areas, that’s been the case for a large amount of people. About 20 percent of PUA claimants had been overpaid in the state of Ohio as of Aug. 31, what’s equal to about 108,000 people, according to a recent Wall Street Journal article.

“They were building the plane while they were flying it,” Evermore says. “There are going to be more mistakes than usual because you know states were in a rush to get this up and running.”

2. File an appeal or overpayment waiver with your state

In almost all of those cases, especially if you are not to blame for the overpayment, you should still look into filing an appeal or an overpayment waiver or take any other kind of formal forgiveness-seeking procedure with your state. Each process, however, depends on where you live.

In some cases, that process can be time-consuming and costly. Individuals who disagree with a refund notice in New York, for example, have to request a hearing, though claimants aren’t asked to pay back the additional balance during that time. Most of those appeal processes would likely require an individual to show no indication of fraud, misrepresentation or technical fault on their behalf. Others can potentially waive the recoupment of an overpayment in the case of equity in good conscience, Evermore says.

“What that means is the agency may have made a mistake and there’s no way you could pay it back without having severe economic hardship,” she says. “If you didn’t do anything wrong and it was an honest mistake, it can often be delayed.”

3. Look into your state’s overpayment collection process and try to negotiate a payment plan

Each state also has a different process for how it collects those overpayments. Some will choose to garnish them from your additional unemployment checks over a certain period of time. Illinois, for example, gives some individuals an option to let the state keep up to 25 percent of any future unemployment benefits until the overpayment balance is recouped in full.

Other states, including North Carolina, let claimants pay those filings through credit or debit card, as well as a check or money order. That also includes garnishing your federal and state tax refund and lottery winnings. Most of the time, the amount is too small for prosecution, Evermore says.

States also typically let you negotiate a repayment plan. It’s worth a shot to see if you can avoid paying back that balance if you’re still facing job loss or a severe income disruption.

Particularly if you’re drawing UI checks from the PUA, paying attention to what lawmakers on Capitol Hill are doing is an important step, especially if you’re in the appeal process or trying to delay your repayment. The revised HEROES Act passed Oct. 1 in the House of Representatives provided a waiver for the PUA program. Though stimulus talks look like they’re now scrapped until the election, lawmakers could still address it if they move forward with another stimulus bill.

5. Look back at your income statements and calculate the benefit for yourself

Each state is paying out a different sum to those relying on jobless benefits, but that’s going to differ more than usual as the $300 unemployment boost that President Donald Trump enacted on Aug. 8 filters through, expiring in some states sooner than others.

But generally, the amount you receive is going to be based off of a percentage of your income. Before the $300 and $600 CARES Act-backed boost, payments averaged to about $383 nationally, according to the Department of Labor.

Stay up to date with any documents that your state gives you about your benefit amount and compare them with what you receive each week in checks. Meanwhile, it might be worth doing your own calculations, so you can cross-check your weekly UI total for any possible mistakes.

6. Keep your expenses under control

With nearly half of Americans’ incomes taking a hit during the coronavirus pandemic, there’s no doubt extra funds in a check could be a lifeline. But if you are worried or suspect there could be a mistake in how much you’re receiving, it might be worth socking the money away for now as you reach out to your state unemployment office.

Even so, limiting your expenses during the pandemic is a wise move in general, with experts unsure how long the uncertainty will last. Cut back on as much as you can and use that extra money to boost your emergency fund, which you can use to help get you through the crisis.

7. Don’t let it deter you from applying

Fears of getting more than you should in UI shouldn’t deter you from seeking out a program that, while riddled with challenges and administrative issues, can be the difference between making rent and affording meals or not.

“Don’t consider it the end of the world,” Evermore says. “There are routes for appeal, and people should take them.”

Learn more:
Your $1,200 stimulus check: How to claim it before it’s too late
7 places to save your extra money
8 ways to help rescue the job market from coronavirus-driven unemployment crisis

What is a high-net-worth individual?