Second stimulus check: How much money could you get? 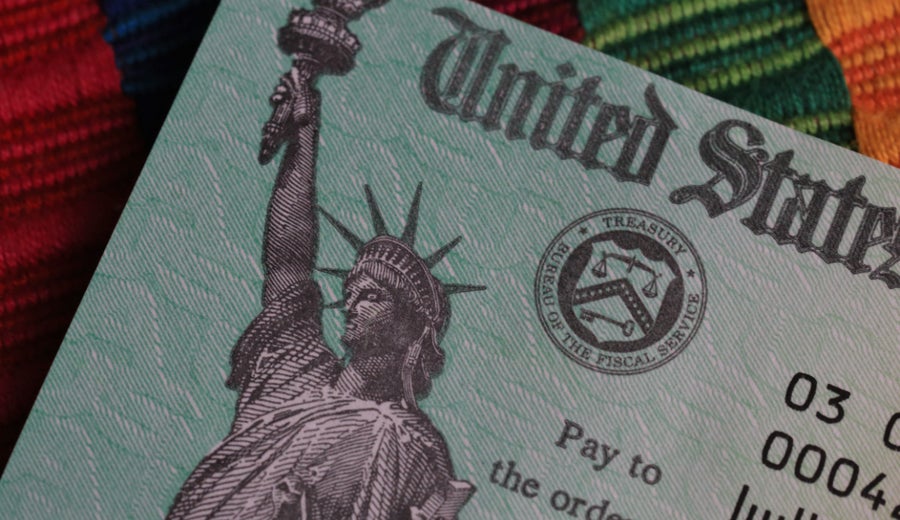 If you’re waiting on a next round of stimulus payments, the wait may soon be approaching an end, at least if a bipartisan group of federal lawmakers has anything to do with it.

A group of 50 House legislators – 25 Democrats and 25 Republicans – has formed the Problem Solvers Caucus and proposed a path forward on a $1.5 trillion stimulus package to help return the economy to growth and get more people working, including cash stimulus payments.

Called the March to Common Ground, the framework proposes a range of aid, including unemployment assistance, help for small businesses and schools as well as others. Plus, the plan includes direct aid to taxpayers: $1,200 to individuals and $500 per child and dependent adult.

Here’s what else is in the proposed legislation and when you might get your check.

What’s in the framework of the stimulus plan?

Support for individuals and families – $316 billion

For the unemployed, this aid includes $450 per week over an eight-week transitional period, and a subsequent $600 per week (but not to exceed 100 percent of previous compensation). The assistance could start in mid-October and run for 13 weeks, through January 2021.

This element includes further Paycheck Protection Program (PPP) assistance, including money being reappropriated from the prior program, as well as a targeted employee retention credit.

This aid is meant to stop the spread of COVID-19, and includes funding for test-and-trace, support for healthcare providers — including telehealth — and forgiveness of Medicare loans.

This aid includes funding for child care providers, funding for higher education and substantial funding for elementary and secondary schools for virtual, hybrid, or in-person learning.

Unspent CARES Act money will be spent on documented past state and local COVID expenses, while new funding would be allocated for future pandemic expenses and for general revenue shortfalls through 2021.

Support for broadband, agriculture, the Postal Service and census – $52 billion

This funding supports broadband in underserved areas, helps producers of agriculture, provides assistance for the Postal Service, and extends the census to help ensure a more accurate count.

This includes support for additional costs of running elections, including extra poll workers, personal protective equipment, and communication on where and how to vote.

The March to Common Ground proposal also includes another potential $400 billion in “boosters” that could extend aid to individuals even longer. Those boosters include increased unemployment insurance starting in February 2021, if warranted based on how the economy is doing. It also includes a third round of stimulus checks, if warranted, depending on the economy.

That’s a wide range of assistance to help Americans who have been hurt by this crisis, including direct cash payments and expanded unemployment insurance. Plus the plan reduces reliance on a deadlocked Congress for another round of aid, by expanding these programs automatically if conditions remain dire.

The real question: How soon could this aid hit your wallet?

While Congress has been debating a second round of stimulus for a while, recent talks among party leaders have stalled. The sides remain divided by almost $1 trillion in proposed relief. This gridlock prompted centrist legislators from both parties to align and draw up their own plan.

Already more than 75 percent of the Problem Solvers Caucus endorses this proposal as is, but it’s not clear when or if Congress will act on this proposal. Legislators are preparing to hit the campaign trail at the end of month. This short timeline may encourage them to get a deal done that they can take back to their constituents. But the initial response, from some Democrats at least, has been negative.

So it’s not clear when this package, or something close to it, could make its way into your wallet. Some elements of the plan would take at least a month to begin, as currently envisioned. For example, increased unemployment assistance is targeted for a mid-October start date.

You should expect at least a month lag between the time any deal is signed by Congress and when any cash actually makes its way to you. For many Americans, that means weeks more of scrimping at best, and an uncertain end to the crisis, at worst.

While some members of Congress are looking to put together a deal, it remains to be seen whether America’s two major political parties can come together to extend economic relief for the coronavirus. That means any cash payments are at least a few weeks away.

Learn more:
Coronavirus relief and stimulus plans: Here’s everything Washington has done (and proposed) so far
13 steps to take if you’ve lost your job due to the coronavirus crisis
What to do if you can’t pay your loans during the coronavirus

How to calculate loan payments and costs