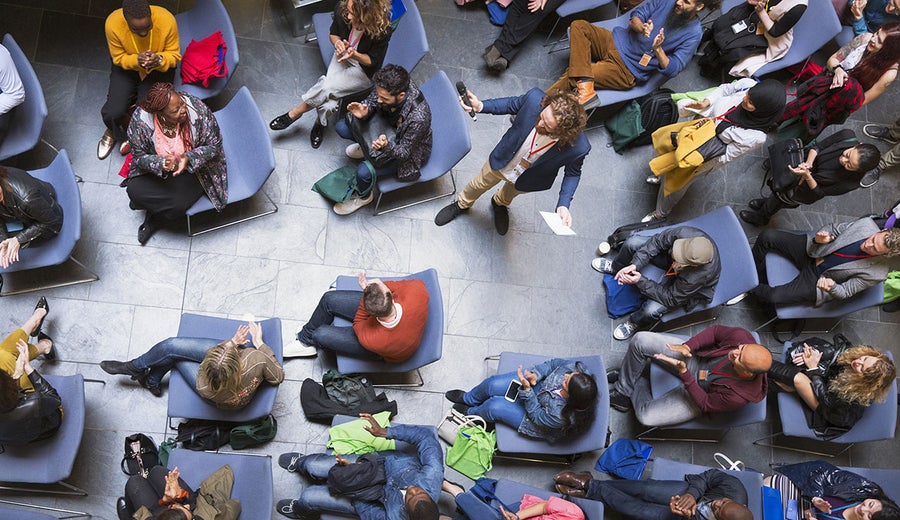 The current $1.5 trillion in student loan debt is holding Americans back.A new Bankrate survey finds that most Americans who have had student debt have delayed important financial decisions and milestones because of it — and some even regret taking out student loans in the first place.“There’s no question about the general value of education. A college degree typically translates to greater chances of being employed,” says Mark Hamrick, senior economic analyst and Washington bureau chief at Bankrate. “Student loan debt is, in a sense, the other side of the coin which can create a tremendous burden on students and, in some cases, their families.”The study was conducted Feb. 6-11 among a total sample size of 3,885 U.S. adults.Student loans are delaying financial security and major life milestonesIn total, 31 percent of Americans say they currently have or have had student loan debt stemming from their own education. An additional 13 percent of American adults financed another family member’s school expenses through student loans.Among respondents who have had or currently have student loan debt for their own education:
34 percent of respondents say they are delaying building their emergency savings.
29 percent are delaying saving for retirement.
27 percent are putting off paying other forms of debt, including credit cards.
Respondents could select more than one answer.!function(e,t,s,i){var n=”InfogramEmbeds”,o=e.getElementsByTagName(“script”),d=o[0],r=/^http:/.test(e.location)?”http:”:”https:”;if(/^\/{2}/.test(i)&&(i=r+i),window[n]&&window[n].initialized)window[n].process&&window[n].process();else if(!e.getElementById(s)){var a=e.createElement(“script”);a.async=1,a.id=s,a.src=i,d.parentNode.insertBefore(a,d)}}(document,0,”infogram-async”,”//e.infogram.com/js/dist/embed-loader-min.js”);As consumers navigate life’s financial journey, they are faced with major financial milestones, like buying a home. But student loans are also delaying consumers from reaching these goals.Survey respondents report delaying homeownership (23 percent), buying or leasing a car (23 percent), having children (10 percent) and getting married (9 percent) because of their student loan burdens.Millennials feel the most impact from student debtStudent loan debt crosses all income levels and ages, though younger Americans are more likely to have had student debt.In terms of incomes, the survey finds nearly 1 in 4 of those making $80,000 or more a year have student loan debt. Here’s a breakdown by income level:
Under $30,000: 27 percent.
$30,000-$49,999: 30 percent.
$50,000 to $79,999: 31 percent.
$80,000 and over: 39 percent.
Another 25 percent of respondents who preferred not to share their income also said they’ve had student loan debt.Here’s the percentage of people who have or had student loan debt for their own education by generation:
Millennials: 39 percent.
Generation X: 36 percent.
Baby boomers: 24 percent.
Silent generation: 10 percent.
Among millennials with student loans, 38 percent have delayed emergency savings, 31 percent have delayed buying a home, 25 percent have delayed retirement savings and 17 percent have delayed getting married.Who regrets student debt?Most Americans say they wouldn’t have done anything differently when taking on student loan debt. But for those who would, 30 percent wish they applied for more scholarships to offset the costs; younger millennials are the most likely to say so (38 percent).!function(e,t,s,i){var n=”InfogramEmbeds”,o=e.getElementsByTagName(“script”),d=o[0],r=/^http:/.test(e.location)?”http:”:”https:”;if(/^\/{2}/.test(i)&&(i=r+i),window[n]&&window[n].initialized)window[n].process&&window[n].process();else if(!e.getElementById(s)){var a=e.createElement(“script”);a.async=1,a.id=s,a.src=i,d.parentNode.insertBefore(a,d)}}(document,0,”infogram-async”,”//e.infogram.com/js/dist/embed-loader-min.js”);Among respondents with their own student loan debt, 19 percent say they would have instead chosen community college or trade school; another 18 percent would have attended a cheaper university.Nearly one-fifth of survey respondents with student loan debt say in hindsight, they would have opted for another degree; only 9 percent say they would have chosen not to attend college at all.Funding tips for those seeking higher educationThe median student loan payment for the class of 2016 is $203, according to Capstone Wealth Partners. And as the costs of higher education continue to increase, consumers should get smart about how they plan to pay for their, or their children’s, degrees.Alyse Perez, a 23-year-old social worker in Tampa, Florida, with $97,000 in student loan debt, agrees.Perez says her own student loan debt is causing her to consider alternatives for her 10-month-old son.“All of this debt has really opened my eyes for my plans for my son and future children,” Perez says. “We have already started a savings account and plan to enroll in Florida prepaid so that our son has the option to have some or most of his undergraduate education paid for. I don’t want him to end up with the massive debt that I have.”Using tax-deductible plans, like a 529 plan, for a child’s college savings can be advantageous. However, the money must be used for education, or else the funds will be subject to a 10 percent penalty and taxed as income.There are also prepaid tuition plans available — but these plans are limited to in-state public schools. Should a student choose to attend a private university of venture out of state for their education, the full value of the plan won’t be used.For students nearing college, there are opportunities to cut down on education costs.Hamrick stresses the importance of students and families “investigating all possible options for financial aid” to limit their borrowing. This means taking advantage of scholarships or getting strategic with type of school they will be attending.Hamrick also recommends students look to in-state public schools, which are generally cheaper, or explore economical trade schools and community college to offset costs. Though they aren’t the “traditional” college route, they can reap large benefits in the long run.“To consider purchasing a “name brand” education for the sake of that brand quality alone might well lead to a case of buyer regret,” Hamrick says. “Particularly where tens of thousands of dollars of student loan debt is involved.”MethodologyAll figures, unless otherwise stated, are from YouGov Plc. Total sample size was 3,885 adults. Fieldwork was undertaken between Feb. 6-11, 2019. The survey was carried out online. The figures have been weighted and are representative of all U.S. adults (aged 18+).

The big step: Creating a financial plan before marriage