Student loans getting transferred to a new servicer? Here’s what you need to know 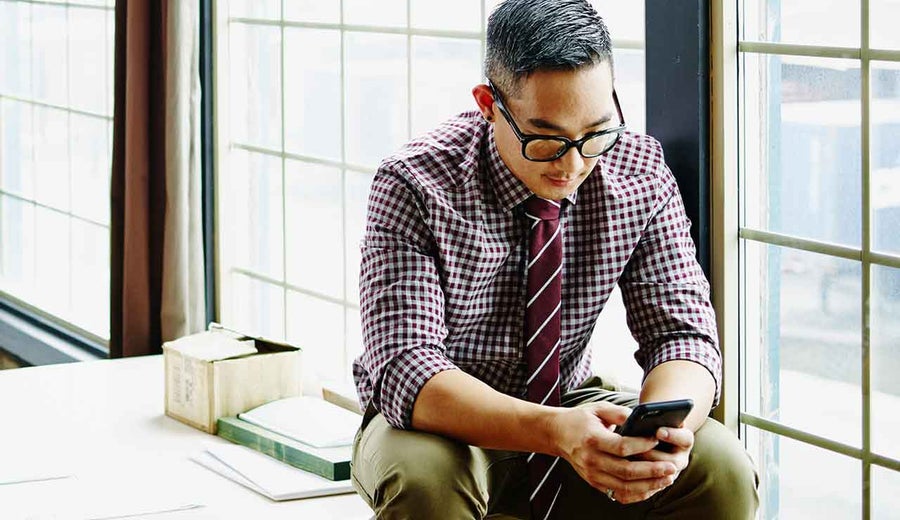 In August 2018, Andrew Fanno, a 28-year-old lawyer in Boston, refinanced his $200,000-plus student loan balance into Earnest, a popular fintech refinancing company. Fanno was lured by the ability to make biweekly payments through the service and the user-friendly interface.

Two months later, though, the fintech company made a few functional changes, including removing its popular biweekly payment option and changing the dashboard. After doing some research, Fanno realized the changes occurred as a result of the company being acquired by Navient Corp., one of the largest companies that manages student loan debt, in 2017.

“I had no idea the merger was coming,” Fanno says. “And, honestly, I had heard not-so-great things about Navient. It was a bummer.”

It happens more than you might think: You receive a letter in the mail, saying your student loans are being transferred to a new servicer, either from a company buy-out or federal loans being transferred.

Your loans, and those of thousands of other borrowers, will be held under a different company — and no, you don’t get a say in the matter.

What happens when your student loan servicer gets bought

Student loans get transferred from one servicer to another “as part of (the U.S. Department of Education’s) efforts to ensure that all borrowers are provided with customer service and repayment support,” according to the Federal Student Aid website.

And while loan terms often don’t change, it can lead to a confusing shuffling of funds, some of which take borrowers by complete surprise.

Earnest sold for nearly half than its 2015 valuation of $375 million, according to The Wall Street Journal. After, Fanno was notified by mail and email that his loans would be held under Navient. He read his promissory note before signing on to his new loans, which stated that they would be transferred in the future.

The buyout wasn’t shocking for Fanno. It did, however, lead to some disappointing changes.

The acquisition came with two major blows to incentives that led Fanno to Earnest in the first place: the biweekly payment feature was gone, and Fanno says the site began having frustrating glitches.

He plans on refinancing with another company within the next six months.

Important things to consider during the transfer

There are no “rights” that consumers hold when it comes to their loan servicers getting bought, says Mark Kantrowitz, student loan expert and vice president of research of SavingForCollege.com. But there are a few things that borrowers can look out for to make sure the transition goes as smooth as possible.

Auto debits might not transfer to the new servicer

If you have your monthly payments automatically taken out of your bank account, you will likely need to re-enroll in the service once the transition is complete.

Doing so is crucial — most servicers don’t inherit your past authorization and require a new one. If you don’t re-enroll, you might go months without actually making a payment on your loans, which could result in them ending up in default.

If you set up something similar with your new servicer, make sure you specify where you want your extra payment to be going. Some servicers might not automatically put it toward interest.

While it would be a welcomed miracle for an entire balance to “get lost” in the transition, it’s highly unlikely that will happen.

Fanno recalls his balance being $0, as well as expected payments being $0, up until a week before his payment was due.

“I was freaking out a little,” Fanno says.

But just because the balance might be $0, Kantrowitz warns not to let it mystify you.

“Even if you don’t hear from anybody that your loans are still owing, they are,” Kantrowitz says. “You need to make the payments.”

With any data transfer, things can get lost along the way. This can be detrimental if you’re on a loan forgiveness program, like income-driven repayment, where each month’s payment counts toward your loans being erased.

Once the transfer is complete, call the new servicer to confirm your plan.

Make copies of your account balance, monthly payment and schedule

By keeping track of how much you owe and what your payments are, you can avoid any mixups from turning into costly interest payments.

“You need to pay attention,” Kantrowitz says. “You need to stay on top of things because if they somehow lose your paperwork during the transition, it will manifest itself in the future.”

7 of the world’s most valuable coins

5 ways a personal loan could help you save money