Payday loan alternative may be a better deal, but has its own risks 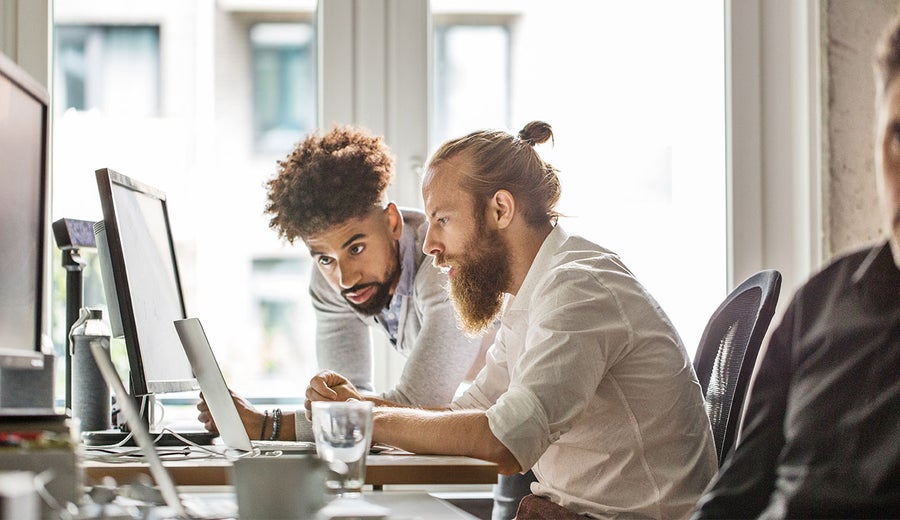 Payday loans target consumers with no credit or low credit scores. These high-interest loans promise fast cash until the next paycheck comes in, but oftentimes they create dangerous cycles of new loans to pay off the old ones, draining finances and pushing borrowers ever deeper into poverty.

In 2018, the Federal Trade Commission sued major payday lender AMG Services for deceptive lending that involved illegal withdrawals and charged hidden fees. The $505 million in restitution AMG agreed to is the largest refund the FTC has administered to date, covering an estimated 1.1 million borrowers.

Today, consumers have some protection from this type of predatory lending through the Payday, Vehicle Title, and Certain High-Cost Installment Loans rule from the Consumer Financial Protection Bureau.

But an alternative form of lending, known as installment loans, are quietly emerging as a less-regulated alternative to payday loans.

What are installment loans?

Installment loans are part of a non-bank consumer credit market, meaning they are originated from a consumer finance company instead of a bank. These loans are typically offered to consumers with low incomes and credit scores who can’t qualify for credit through traditional banks.

Installment loans range from $100 to $10,000. The loans are repaid monthly within four to 60 months. These loans and can be both secured, meaning the borrower provides collateral, or unsecured.

These are similar to payday loans in that they’re intended to be of short-term use and are targeted to low-income individuals or those with low credit scores. However, the two loan types differ greatly in their lending methods.

Monthly payments on installment loans are more affordable and manageable. According to Pew, installment loan payments take up 5 percent or less of a borrower’s’ monthly income. This is a positive, considering payday loans often sucked up significant portions of paychecks.
It’s less expensive to borrow through an installment loan than payday loan. A 2013 study from the Consumer Financial Protection Bureau found that the median fee on a typical 14-day loan was $15 per $100 borrowed. Installment loans, however, are much less expensive, according to Pew.
These loans can be mutually beneficial for the borrower and lender. According to Pew’s report, borrowers can pay off debt in a “manageable period and at a reasonable cost,” without compromising profit for the lender.
Problems with short-term loans

If payday loans are supplying cash to nearly 12 million Americans in need and make credit available to an estimated 11 percent of Americans who have no credit history, how can they be bad? The answer is complicated.

Payday loans allow lenders direct access to checking accounts. When payments are due, the lender automatically withdrawals the payment from a the borrower’s account. However, should an account balance be too low to cover the withdrawal, consumers will face an overdraft fee from their bank and an additional fee from the payday lender.

Obtaining a payday loan is easy — which is why many of them fall into predatory lending territory. Borrowers only need to present ID, employment verification and checking account information. Payday lenders don’t review credit scores, which means they’re too often granted to individuals who cannot afford to repay them.

People who are constantly strapped for cash can fall into a cycle of payday loans. For example, a woman in Texas paid a total of $1,700 on a $490 loan from ACE Cash Express; it was her third loan taken out this year, as reported by the Star-Telegram.

Oftentimes, original loans are rolled over into new, larger loans under the same fee schedule. And that’s where borrowers fall into trouble, because of high interest and fees.

Interest on long-term payday loans can reach as much as 400 percent, according to Creditcards.com. And consider that 76 percent of payday loans are to pay off old payday loans.

At first look, installment loans are more cost-effective and seem to be a safer route for consumers; however, they come with their own risks, according to Pew:

State laws allow two harmful practices in the installment lending market: selling of unnecessary products and charging fees. Oftentimes, installment loans are sold with additional products, such as credit insurance. Credit insurance protects the lender should the borrower be unable to make payments. However, Pew claims that credit insurance offers “minimal consumer benefit” and can increase the total cost of a loan by more than a third.
The “all-in” APR is typically higher than the stated APR listed in the loan contract. The “all-in” APR is the actual percentage rate a consumer pays after all interest and fees are calculated. Pew lists the average all-in APR for loans of less than $1,500 to be as much as 90 percent. According to Pew, the non all-in APR is the only one required by the Truth in Lending Act to be listed, causing confusion for consumers who end up paying much more than they originally thought they were going to.
Installment loans are also commonly refinanced, and consumers are then again charged nonrefundable origination or acquisition fees. Additionally, nonrefundable origination fees are paid every time a consumer refinances a loan. As a result, consumers pay more to borrow.
How to safely borrow money with bad credit

Nearly 60 percent of Americans don’t have the funds to cover an unexpected $1,000 emergency, according to a Bankrate survey. The survey also found that more than one-third of households have endured a major unexpected expense over the past year.

While some folks have access to credit cards when they’re in a pinch, not everyone can.

Consumers with low credit scores often have the most difficulty obtaining fair loans, which is why payday or installment loans can seem like their only option.

There are lenders available who specifically target consumers with bad credit, but finding them takes a bit more patience and strategy. Consumers should be proactive in doing their research on lenders to determine their credibility and lending practices.

While considering bad credit lenders, be sure to look at:

Customer service. Are representatives available to help you through the pre-approval process?
Service reach. Is the lender located in the U.S. or off-shore? Is the lender licensed in all 50 states? What’s the minimum credit score to receive service?
Flexibility. What are your down payment options? Can lender fees be waived or negotiated?
Upfront fees. Never agree to pay upfront fees in order to get a loan. This is a hallmark of scam artists.
Lender credentials. Before proceeding with a lender, be sure to do research on the company. You can search through the Consumer Financial Protection Bureau’s complaint database or explore other help forums to determine others’ experiences with the lender.

Keep in mind that soft inquiries on your credit report, which lenders pull to give you estimates, won’t affect your credit score.

Need more help? Bankrate’s full section on bad credit loans will provide you the information you need to find a safe lender and start rebuilding your financial health.

How to cancel credit cards for someone who is deceased