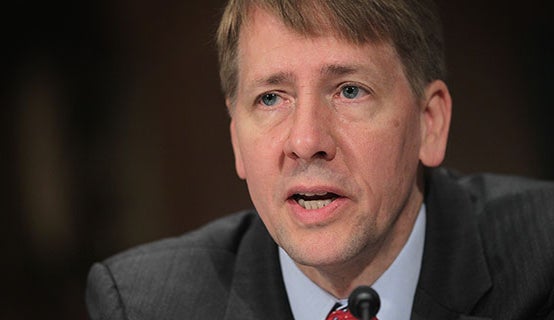 Last month, the Consumer Financial Protection Bureau announced it had begun accepting complaints from people who have had problems with the loans they applied for from online marketplace lenders.

So far, complaints range from getting turned down for a loan despite good credit to qualifying for a better loan than was offered to running into trouble when negotiating a delinquent debt.

I examined the publicly available list of complaints made against a number of the online lenders. Unlike other financial institutions that fall under the bureau’s purview, these lenders have had few complaints made against them. That’s not completely surprising given their size relative to the big banks and their short history in the complaint database. Even so, many of the complaints against these lenders were made well before the financial protection bureau’s announcement.

Who are these guys?

Many of these lenders are not banks, although most have banking partners that originate the loans. In fact, many banks and credit unions offer unsecured personal loans, too. But these more established lenders are not who bureau Director Richard Cordray had in mind when he said last month that the bureau wants to ensure consumers “understand what they are signing up for.”

“All lenders, from online startups to large banks, must follow consumer financial protection laws,” Cordray said in a press release. “By accepting these consumer complaints, we are giving people a greater voice in these markets and a place to turn to when they encounter problems.”

What the complaints say

The complaints offer a snapshot of the types of problems borrowers are having. I found, for example, a few dozen complaints against Social Finance, or SoFi. This San Francisco-based company is known for its student loan refinancing product, and about half of the complaints center on the inability to qualify for the refi or a belief the borrower should have received a better rate quote.

There’s nothing here to suggest SoFi did anything wrong; the borrower just didn’t like the answer he or she received or how the underwriting process played out.

“Your approval process, dragging out over several weeks and requiring multiple uploads of the same information (paystubs) that could’ve easily been understood by people of average intelligence, was ridiculous,” one rejected loan applicant from Texas wrote in August.

The few complaints against San Francisco-based Prosper that included an explanation were about debt collection issues. Problems working with the lender on a delinquent account were the main complaints leveled against another City by the Bay firm, Lending Club.

One Missouri borrower, delinquent on a $35,000 loan, complained he was having no luck trying to get Lending Club to agree to a repayment plan he could afford:

“I need assistance here for this matter as I’ve never had a delinquency before. I am a single-income (worker) supporting my wife and (redacted) children and I want to make this right. To add insult to injury, I just got into a car accident last week and I feel my car might be deemed salvaged by the insurance company given how old it is. So my only form of transportation to work might be taken away, and now that I have a horrible credit score, I wouldn’t be able to get a car lease or a loan to purchase a new car if I wanted to.”

What the CFPB says about marketplace loans

The same advice about what to do before taking out a loan from a conventional lender applies when considering applying for a loan from a marketplace lender. According to the Consumer Financial Protection Bureau, you should first:

Examine your income and spending.
Determine how much you need and can afford to borrow.
Check your credit reports.
Shop around.

The bureau did offer one caveat when considering shopping for a loan at a marketplace lender:

“If you consider a marketplace lender as one of your options when shopping for a loan, keep in mind that marketplace lending is a young industry and does not have the same history of government supervision and oversight as banks or credit unions,” the bureau wrote last month. “However, marketplace lenders are required to follow the same state and federal laws as other lenders.”

5 steps to take when the stock market plunges