What happens when a bank fails? 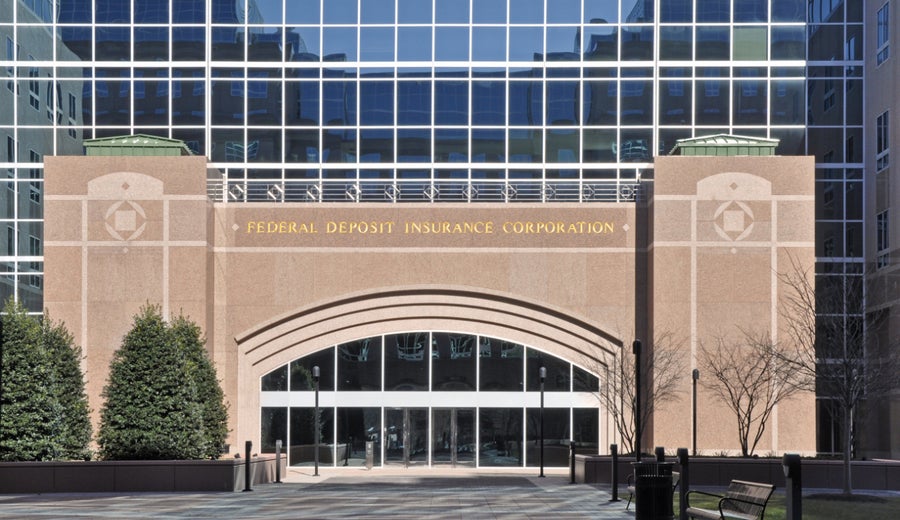 Bank failure. It’s one of the biggest fears of many savers when a recession looms. Because the U.S. economy entered a recession earlier in the year, some are wondering what would happen if their bank failed. After all, during the last recession, there were some fairly prominent bank failures that set others on edge.

So, what happens when your bank fails? Let’s take a look.

What happens in a bank failure

The Federal Deposit Insurance Corporation (FDIC) is the independent regulatory agency of the federal government that oversees banking in the United States. Failed banks are listed as such when the FDIC or a state regulatory agency closes a bank. Once this happens, the assets of the bank are received by the agency — often the FDIC — and the debts resolved.

Usually, though, the FDIC doesn’t actually want to keep and manage the bank, according to Kirk Meyer, a Registered Financial Consultant and former bank examiner with the FDIC.

On the other hand, if the bank is dissolved, the FDIC becomes responsible for liquidating the institution. The FDIC will settle debts and claims for deposits that exceed the insurance limit.

What happens to your money when a bank closes down

Next, what happens when your bank fails and you’ve got money in various accounts? Well, that depends on whether the money is insured or not. In general, there’s a good chance your bank is insured by the FDIC, according to Jim Pendergast, the senior vice president at altLINE by The Southern Bank.

“In theory, your money is safe,” Pendergast says. “But that’s a bit like saying your house is safe during an inferno if you have fire coverage. It’s not a stress-free process to go live through.”

The main thing you need to worry about in a bank failure is whether the total of your deposits at the institution is more than $250,000. You’re guaranteed your money up to that amount, but any additional amount isn’t insured. Here’s what happens in each case:

Insured: If your deposits at the institution are under the limit, you can expect full reimbursement with money paid from regulatory funding.
Not insured: For amounts above the $250,000 limit, things are a little dicier, according to Meyer. If bank ownership is transferred to a healthier bank, there’s a good chance that nothing will be lost. However, if it isn’t, you might have to file a claim for the excess funds. You’ll only receive reimbursement if there is money left after the assets are sold.

“When a bank fails, the FDIC aims for a single-day turnaround of your money, and that would be nice,” Pendergast says. “Likely, there’s going to be some delay, but despite the potential for complications, the FDIC does get in there and smooth things out.”

According to the FDIC’s website, it aims to return your insurance money within two business days of the bank failing.

The National Credit Union Association (NCUA) provides a similar service for credit unions. If your money is at a credit union, it is similarly protected by the NCUA, with the same limits. This can provide peace of mind, no matter what type of institution you prefer for your money.

It’s important to note, however, that some banks and credit unions have accounts that aren’t covered by FDIC or NCUA insurance. If you have a brokerage account through your bank, that money will be covered by the Securities Investor Protection Corporation (SIPC). The SIPC covers up to $500,000 of the securities and cash held in your brokerage account.

Make sure to understand which accounts are covered by which type of insurance in the event of a failure so you know how much you’re entitled to, as well as where the guarantee is coming from.

The FDIC was created in 1933, in response to the bank failures of the Great Depression. Banks actually pay insurance premiums to receive this coverage, Meyer explains, so no taxpayer funds are involved.

Bank failures come about mainly because the institutions involved are unable to meet the obligations it has. These obligations can be to depositors or other institutions. However, there are different triggers that can result in this inability to maintain solvency.

“If a bank assumes too much risk in its investments or loan portfolio and realizes its losses, that could be a cause of the failure,” Meyer says. “If no additional capital is raised and the losses are severe enough, the regulators will assume the institution to sell or liquidate it.”

The fact that banks fund their own insurance policies means that if the bank has taken on more risk than it can handle, taxpayers aren’t on the hook for the losses. Basically, when you receive reimbursement for your money up to the limit, you don’t have to worry about being paid back with your own money in the form of taxes.

For the most part, if you keep your money at an institution that’s FDIC-insured, your money is safe — at least up to $250,000 in accounts at the failing institution. You’re guaranteed that $250,000, and if the bank is acquired, there’s a good chance that even amounts over the limit will be smoothly transferred to the new bank.

Even if your bank fails and you have more money than the limit, you can still at least file a claim with the FDIC asking for some of your assets to be returned to you. It means more paperwork, but you might also have a chance to recover more than the limit if there are assets left over after the liquidation.

In many cases, though, Pendergast points out that the whole process is smooth and you might not have any money at risk.

“If they find a bank to take over, and things go according to plan, you may not even realize that the original bank failed,” Pendergast says. “All you’ll know is that your checks and debit account still work fine, then one day you’ll be issued new debit cards.”

How to add and remove authorized users on a Chase card

5 reasons to have multiple savings accounts