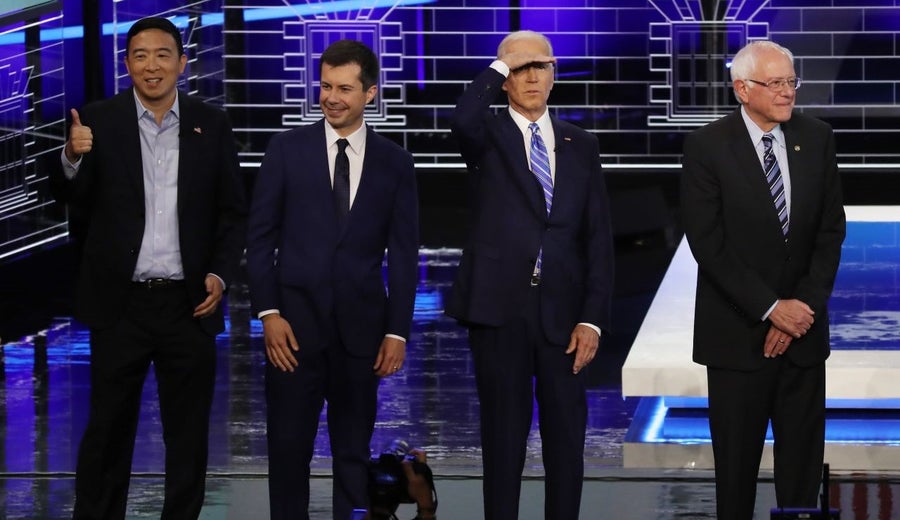 Think about the federal government’s $1,200 coronavirus relief stimulus checks. Now imagine every adult in the U.S. receiving them on a regular basis.

Such is the driving idea behind creating a recurring income stipend commonly known as universal basic income (UBI), an idea that’s come into focus during the coronavirus pandemic and throughout 2019, when Democratic presidential candidate Andrew Yang campaigned on a promise to establish a form of UBI that he called the “Freedom Dividend.”

Here’s everything you need to know about UBI, including what it is, the pros and cons, how it works and how likely you could see a policy like this coming to the U.S. — and padding your wallet.

What is universal basic income?

UBI is a government-mandated program in which every U.S. citizen receives a certain amount of money on a regular basis. In other words, it’s a government guarantee that everyone receives a minimum income, whether they’re working or unemployed.

Those checks aren’t means-tested; hence, the term “universal.” If there is criteria on who is eligible for a payment or if payments are sent on a smaller scale, it would simply be referred to as basic income (BI).

That’s the main reason how UBI is different from other entitlement programs including Social Security and welfare, according to Ryan Hughes, founder at Bull Oak Capital.

“UBI is a government payment that would be paid to every adult, regardless of economic means,” Hughes says.

What are some examples of UBI?

Current events have recently cast a brighter spotlight on UBI and BI, but the idea has been around for centuries, with some estimates suggesting philosophers in the early 16th century first discussed the idea of creating a minimum income.

A 2017 pilot program in Finland gave 560 euros for two years to 2,000 unemployed adults aged 25 to 58. When it comes to the U.S., officials in Chicago considered creating a pilot program in which 1,000 low-income families received $1,000 a month. Alaska also gives residents a permanent annual dividend to everyone in its state.

Surprisingly, former President Lyndon B. Johnson’s administration spearheaded an economic policy that might technically belong in the same family as UBI or BI, testing out a “negative income tax” for low-income families in New Jersey and Pennsylvania, rural Iowa and North Carolina, as well as Gary, Indiana, Seattle and Denver.

“Usually, some citizens are selected at random to receive the payments over a limited time period,” says Herman Brodie, founder and owner of Prospecta Limited, a United Kingdom-based consultancy firm. “Yet this doesn’t capture the impact of what could be a critical feature of UBI, namely the knowledge that everyone gets it and that it is unlimited.”

Advantages and disadvantages of UBI

Proponents of creating such a program cite it as a fast-track out of poverty, especially helping low-income earners afford essentials in cities where cost of living might outpace minimum wage increases. It might also help put more money in the hands of U.S. workers, who’ve seen the share of income they receive as compensation for their labor rapidly decline since the 1990s.

Other experts say it might help close income inequality in the U.S. All of that might then prop up the U.S. economy, with consumption not so heavily reliant on the nation’s top earners’ willingness to purchase. Experts say that’s only bound to get worse after the pandemic, perhaps adding to proponents’ urgency for establishing a program similar to UBI.

Tesla CEO Elon Musk cited it as a way to help out individuals who’ve lost their jobs due to automation and driverless cars, the disruptive innovation he’s spearheading at his Silicon Valley firm.

But critics of the program have said it could potentially discourage individuals from working and send budget debts and deficits skyrocketing, perhaps leading to an equally crippling inflationary stretch. UBI payments might have to be offset by higher taxes and reduced spending, which theoretically could also have an equally restrictive effect on the economy.

Some critics have argued that instead of creating a UBI program, policymakers might want to instead expand access to Medicare or other entitlement programs.

How UBI could affect other entitlement programs

More fiscally-conservative taxpayers might demand that UBI replace entitlement programs altogether, which currently cost an estimated $1.1 trillion, according to the Heritage Foundation, a right-leaning think tank. However, Democrats have spoken out against the idea of kicking low-income individuals off those social-safety nets, while even farther left-leaning proponents of the program suggest footing the bill simply by raising new tax revenues.

For Yang’s “Freedom Dividend” pillar, the candidate proposed consolidating some welfare programs and implementing a value-added tax of 10 percent on large corporations to pay for his version of UBI, according to the former candidate’s website. Yang also argues that, by giving every American a minimum income, it would reduce homelessness, incarceration and health care costs.

How likely is UBI to take hold in the US?

That being said, the complications and challenges of implementing such a wide-scale program mean it’s unlikely for UBI to happen in the U.S. anytime soon, even as it’s been recently brought back to national attention by high-profile public figures.

An August 2020 poll from the Pew Research Center also found the majority of U.S. adults (54 percent) oppose establishing a UBI payment of about $1,000 per month for all adults, whether they have a job or not. Less than half (45 percent) say they favor the proposal.

Treasury Secretary Steven Mnuchin says the Trump administration still supports the idea of sending another round of payments, while a bipartisan team of Congressional lawmakers drafted a list of policy priorities for the next stimulus bill that includes another round of $1,200 payments to individuals.

For now, that means your wallet might only get a taste of UBI if it’s through another round of stimulus checks or any future economic impact payments sponsored by the federal government.

10 ways to maximize your savings while on a fixed income