Bonds vs. CDs: Here’s when CDs are a better option for investors 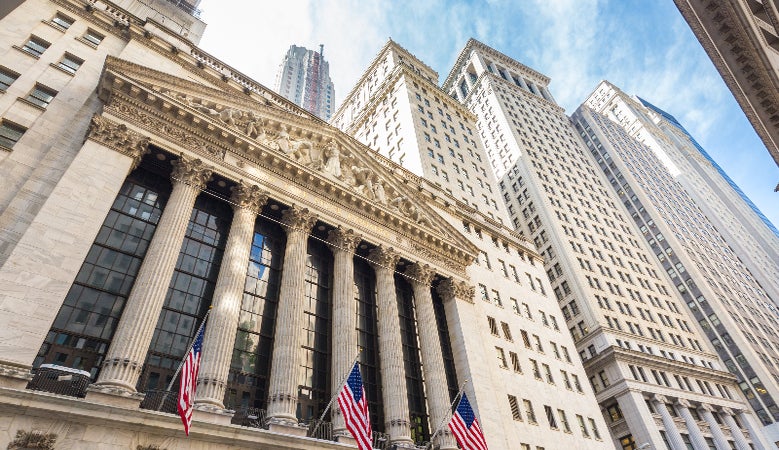 Certificates of deposit (CDs) and bonds both have a useful place in investors’ portfolios, and they function similarly, providing a contractual stream of cash flows over a defined period. But in other respects, bonds and CDs vary, and sometimes one can be a better choice than the other.

Here are the key differences between bonds and CDs and when CDs might make more sense for your money.

Bonds vs. CDs: How they differ

While they are similar in offering fixed income, that’s about where the similarities between bonds and CDs end.

If a saver tries to withdraw their money before the end of the term, they can usually expect to face a costly early withdrawal penalty, causing their returns to take a big hit.

On the other hand, a bond is a financial security in which a company or government agrees to pay a set amount of interest to the bond’s owner over the lifetime of the bond. Unlike a typical bank CD, bonds are often tradable on an exchange, so the owner can sell the bond at almost any time or even go out and buy more. Bonds are considered relatively low risk.

In terms of the interest they pay, the range of CDs and bonds overlaps. On the whole, CDs offer lower interest rates than do bonds because they are less risky. But that is not always true, since many government bonds yield less than the top rate on CDs.

But for corporate bonds, it tends to be different. Rates on corporate bonds can be quite wide-ranging, depending on whether the issuer is considered investment-grade, junk or somewhere in between. In general, the riskier the bond, the higher the yield. So corporate bonds usually yield more than government bonds because the market views them as not quite as solid.

Many bonds are low risk, but not no risk

In the investing world, bonds are seen as relatively low risk. They don’t usually fluctuate as dramatically as stocks do, and bonds from a solid company (or even from many not-so-solid ones) are typically paid back with interest and no loss of principal. Government bonds are typically seen as the lowest risk, especially those issued by the U.S. federal government.

In contrast, CDs are seen as even more low risk, about as risk-free as an investment can get. If offered through a bank, CDs are insured by the FDIC. You will have no risk of loss up to $250,000 per depositor per bank. Of course, the FDIC is backed by “the full faith and credit” of the federal government. So the organization that’s on the hook for paying back federal bonds is the same as that standing behind the guarantee on your CD, too.

But while bonds are low risk, they’re not no risk. A corporate issuer can default on its bonds, making them worthless or at least substantially impaired. Even some government issuers, such as municipalities, can default, and you may not recover your full principal.

In contrast, even if a bank fails, the FDIC will pick up the tab on your CD up to the legal limit per account.

When you should own CDs: CDs are a better option if you need to have as little exposure to risk as possible. CDs also tend to yield more than comparable bonds from the federal government, so you have the benefits of higher yield and higher safety. But you will want to search for the banks that pay the highest yields to maximize your return.

And even if you have more than the maximum insured amount – a high-class problem – you can spread the money out over multiple institutions or keep it piled high in the biggest and safest ones.

Another key difference in CDs and bonds is how they respond to rising interest rates.

A CD does not move in response to interest rates. In other words, the principal in your account does not change based on the prevailing move in rates. A CD maintains the same principal and keeps paying interest at its contractually guaranteed rate, day after day. (That’s not strictly true for a brokered CD, which does fluctuate in price as interest rates move higher or lower. It’s a beast of a different stripe.)

If you need to cash a CD before it matures, you will have to pay a penalty, though you may opt for a penalty-free CD to avoid that fee. But the money you will take out of a CD will include your principal plus any interest, minus any penalty.

In contrast, your investment in a bond can fluctuate, sometimes drastically, depending on how prevailing interest rates move. Bond prices move up when interest rates move lower. In other words, a bond paying a higher yield is worth more than bonds that pay new, lower rates. When rates rise, bond prices fall because already existing yields are less attractive than current rates.

So bond prices and interest rates move inversely. When one goes up, the other goes down.

And so when interest rates rise, the price of your bonds will fall. That’s not necessarily a problem, if you hold the bonds to maturity. You will likely still get all the interest payments and receive your principal back, as normal. But it can be a problem if you need to sell your bond while rates are high. Then you’re not likely to receive the money you put into the bond.

While bonds are liquid – they can be sold whenever the market is open – it comes at the price of volatility. You may have to endure some ups and downs in order to realize your principal at maturity.

When you should own CDs: Because of these differences in how CDs and bonds respond to interest rates, bank CDs can be a better option when rates are rising and you think you might need to access the money. While you’ll have to pay a penalty to access your principal – unless you have a no-penalty CD – you’ll otherwise receive your principal intact when you need it.

If rates are falling, it may be better to buy bonds on the expectation that they will increase in value. You’ll enjoy your interest payments, and may get a capital gain if you sell before maturity.

Name your risk and maturity with CDs

If you buy individual bonds, you’ll have to analyze the company to see how risky you think it is. Then you’ll have to see if it has the types of bond maturities that you want. You might be looking for one-year bonds but the company only issues three- and five-year bonds, or it may have no bonds at all.

Analyzing individual bonds is a lot of work, and you’re not guaranteed to get the risk and maturity that you want. You can eliminate much of this work by simply buying a bond fund, which owns bonds in many different companies, and you can get the types – such as short-term bonds, high-yield bonds or investment-grade bonds – that you want.

[READ: 4 ways to get better returns than CDs]

But even if you get the bonds you want, you’re still beholden to the fluctuation of interest rates.

With CDs, you won’t have to worry about the risk of the issuer, at least if you do business with an FDIC-insured bank and remain under the maximum cap of insurance. Plus, you can almost name your maturity, with banks offering CD terms down to the month sometimes. A seven-month CD? A 13-month CD? A 17-month CD? Those are possible, depending on the bank.

So CDs offer you a lot of flexibility to name the term of your deposit, and you have virtually no risk unlike individual bonds where you bear some risk of default. And while bond funds diversify away this default risk, you may be forced to sell exactly when the market is low.

When you should own CDs: CDs make a good option when you need a very specific term and don’t have the time to analyze bonds for their risk. For example, imagine you’re saving for a house and think you will be able to save a down payment in three years. You can start out by buying a three-year CD so that your money will be available exactly when you need it.

As you save up more over the next six months, you can add on a 30-month CD that matures at your deadline. As you continue to save, you can keep going with the strategy. Then three years in the future as you’re house hunting, you can roll your money into one-month CDs as needed, until you find that perfect house.

While CDs don’t offer the same upside as bonds, they also don’t offer the same downside either. So CDs can be one of the safest vehicles in the investing market, and that’s especially valuable for risk-averse investors or those who don’t need high-risk, high-return investments to build up their portfolio.

Still, if you would like to juice a little more return from a CD-heavy portfolio, here’s how to use the safety of CDs to boost your portfolio.

Learn more:
The best high-yield savings accounts
Which type of CD is best for you?
15 best investments in 2019