Student loans a back burner issue for GOP 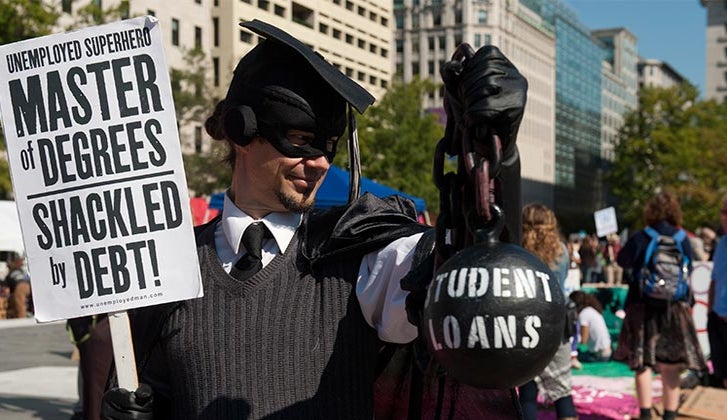 Debt-ridden graduates, and families of current and future college students will want to listen for any firm student loans proposals that might emerge from this week’s Republican National Convention.

Presumptive Republican nominee Donald Trump has no major policy statements about student debt on his website. But some of his ideas have trickled out in stump speeches and interviews.

Sam Clovis, the national co-chair and policy director of Trump’s campaign, said Trump is considering a complete overhaul of the federal student loan program, taking government out of the lending business and restoring the role of private banks, according to the Inside Higher Ed website.

Other proposals being considered by Trump would require colleges to share in the risk of student loans and discourage borrowing by liberal arts majors, Inside Higher Ed says.

Trump says he gets a lot of questions at campaign appearances from students about college debt.

“They’re in college. They’re doing well but they’ve got student loans up to their neck. They’re swimming in these loans,” he told the political website The Hill last year.

“That’s probably one of the only things the government shouldn’t make money off,” Trump said. “I think it’s terrible that one of the only profit centers we have is student loans.”

In a video on Twitter, Trump acknowledges that student debt is a major problem in the U.S.

“Right now, it’s not fair,” he continues. “It’s one of the only places, frankly, where our country actually makes money, and they make a lot of money, and that should not take place. We’re going to make it very good for the student.”

He didn’t say how he would manage the $1 trillion in federal student debt in the department’s portfolio.

Trump’s campaign might be tempted to avoid the whole question of student loans. Allegations surfaced in a lawsuit in late May about high-pressure tactics employed to boost enrollment in the now-defunct, for-profit Trump University.

In response, Trump said in a statement that the university “provided a substantive, valuable education based upon a curriculum developed by professors from Northwestern University, Columbia Business School, Stanford University and other respected institutions.

“Over a 5-year period, more than 10,000 paying students filled out surveys giving the courses high marks and expressing their overwhelming satisfaction,” his statement said.

5 ways to invest in REITs