Another recession is inevitable. Here’s what this savvy investor learned from the last one 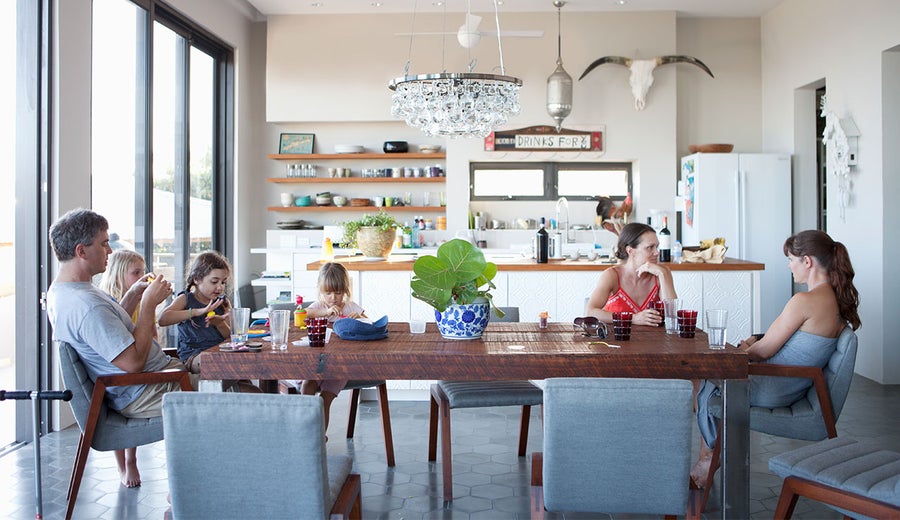 Eric Luehmann was 29 when the last recession rolled in like a tidal wave. He can’t remember the exact moment when he realized that the stock market was crashing in 2008, but he recalls watching stock market tickers sliding.

As an accountant who studied financial basics in school, he knew a bear market was inevitable; he just didn’t know when it was going to happen.

The financial meltdown, one of the worst crises in American history, scorched everything in its path, from stocks to bonds to the housing market and all sorts of financial instruments most Americans had never heard of. The unemployment rate peaked at 10 percent. Struggling with job loss and underwater mortgages, millions of homeowners defaulted on their mortgages; nine million homes went into foreclosure.

Unbounded optimism was replaced by panic. The Consumer Confidence Index plunged to an all-time low of 25 in February of 2009. It’s estimated that 401(k)s and IRAs lost around $2.4 trillion in the last half of 2008.

Many people panicked and cashed out their investments, hoping to retain whatever they had left.

Staying in the game when the market gets rough

The figure is circled in black. In all caps, “NICE!!!” is written next to the circle in large font; it’s a rueful ode to the loss many investors confronted.

But the carnage in Luehmann’s account didn’t prompt him to pull out of the market.

“I didn’t want to do anything from a short-term mindset that would end up making it worse,” Luehmann says. “I’m more of a long-term investor anyways. I just kept hoping that eventually it would get better, and it did.”

Today, he’s made an 80 percent gain from those dark days — and that’s after accounting for his losses during the crash.

It’s been a decade of steady recovery, the longest bull market in U.S. history. Many observers believe it can’t continue much longer. Bankrate’s latest Economic Indicator Survey reports that 52 percent of economists believe economic risks over the next year and a half are tilted toward the downside.

For those who experienced the 2008 recession firsthand, these predictions might leave them uneasy.

Around half of Americans recognize that they will need a financial plan that anticipates up and down cycles, but only 44 percent actually have a plan like that in place, according to Northwestern Mutual’s 2018 Planning & Progress study.

Preparing your finances for the next recession

Luehmann believes that economic downturn is necessary — and should be embraced.

“Recessions are a natural part of growth, unfortunately. For every five steps forward, you’re still going to take a few back,” Luehmann says. “If you only look at those few steps backward, of course it’s going to get worrisome. You can’t do that. You have to keep in mind that you’re still looking forward.”

Have a plan: People who panic usually don’t have a long-term investing plan, Lockyer says. Don’t wait until a recession hits to figure out what to do with your assets. Make a long-term plan now that’ll help you weather volatility.
Evaluate your risk: Review your portfolio and decide how much risk you’re willing to take while the market is down. Adjusting your mix of stocks, bonds and cash can make your investments more resilient to market fluctuations.
Keep cash on hand: It’s important to have cash or cash-like instruments if you lose your job or the stock market has a major disruption. This includes money market accounts, short-term certificates of deposit and checking or savings accounts. Many advisers recommend having six months of living expenses on hand as an emergency fund.

Still not sure about the best way to prep? Consider these additional investment moves:

Go on the defensive: Consider investing in reliable dividend stocks. Dividends are slices of the company’s earnings periodically paid to stockholders. Not sure where to start? Companies considered to be “dividend aristocrats” have increased dividends for 25 consecutive years or more, making them viable options to allocate your investments. Many dividend ETFs are available as well if you don’t want to pick individual stocks.
Look for companies with strong balance sheets: Consider companies that have plenty of cash and low debt because they are more likely to weather a recession.
Learn more:
Best brokerage account bonuses for September 2018
Bankrate’s brokerage reviews
What is the long-term capital gains tax?
Mutual fund vs. ETF: Which is better?

Contributing to an IRA during retirement: Pros and cons

Buy a new car every 2 years?