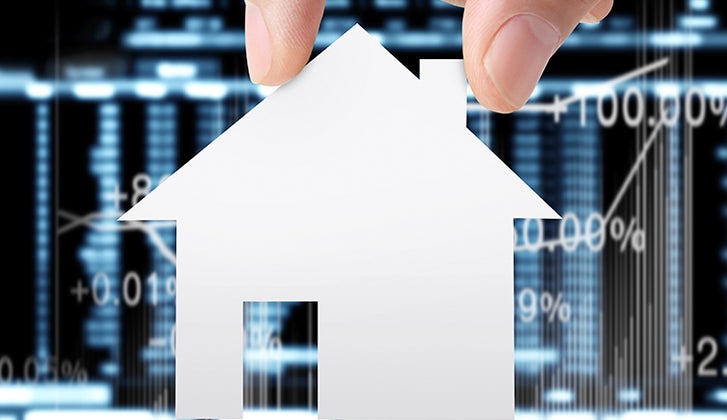 Session ID: 2020-12-02:8ee54f5eb15973f2f4998395 Player Element ID: vjs_video_3
OK
Close Modal DialogBeginning of dialog window. Escape will cancel and close the window.TextColorWhiteBlackRedGreenBlueYellowMagentaCyanTransparencyOpaqueSemi-TransparentBackgroundColorBlackWhiteRedGreenBlueYellowMagentaCyanTransparencyOpaqueSemi-TransparentTransparentWindowColorBlackWhiteRedGreenBlueYellowMagentaCyanTransparencyTransparentSemi-TransparentOpaqueFont Size50%75%100%125%150%175%200%300%400%Text Edge StyleNoneRaisedDepressedUniformDropshadowFont FamilyProportional Sans-SerifMonospace Sans-SerifProportional SerifMonospace SerifCasualScriptSmall CapsReset restore all settings to the default valuesDoneClose Modal DialogEnd of dialog window.Close Modal DialogThis is a modal window. This modal can be closed by pressing the Escape key or activating the close button.
The crash in housing prices that walloped the economy over the past decade no longer seems to haunt Americans as it did during the recession. For the first time in three years, real estate was the most popular investment option in a survey that accompanied Bankrate’s Financial Security Index.When asked what kind of investments made the most sense, 27 percent said they’d invest in property if they had a pool of spare cash. CDs and other cash investments, the top answer in Bankrate’s 2013 and 2014 surveys, came in second at 23 percent.Wall Street generated little interest — only 17 percent said they’d buy stocks — even though stocks have been a relatively strong investment recently. The Standard & Poor’s 500 index jumped 7.7 percent year over year from mid-July.“We’re not seeing the bunker mentality from individual investors to the same extent of the past few years,” says Greg McBride, CFA, Bankrate’s chief financial analyst. “But the preference for real estate over, say, the stock market, does beg the question of whether or not Americans are again viewing residential housing as a golden ticket.”Gold and other precious metals followed at 14 percent, and bonds, with yields that have hovered near historical lows in the past year, came in last at 5 percent.Bankrate’s survey was based on a national telephone poll conducted between July 9 and 12. It has a margin of error of 3.6 percentage points.Housing on the riseAmericans are likely encouraged by recent indicators showing the housing market’s strength. In May, sales of new homes grew 2.2 percent to the highest level in seven years, and April’s figures increased 8.1 percent from March, according to the U.S. Census. Buoyed by demand for single-family homes, existing-home sales also rose 5.1 percent in May, recording a 9.2 percent year-over-year gain, according to the National Association of Realtors.Home values are also rising. S&P/Case-Shiller’s latest measurement of national home prices shows a 4.2 percent year-over-year gain from March to April. Since February 2012, when the index bottomed, prices have increased 26.8 percent.Investment preferences by demographicsBankrate’s FSI survey broke down which groups preferred each investment by varying characteristics. For instance:
Those living in the West or in urban areas showed a tendency toward real estate investments, at 35 percent and 31 percent, respectively. Midwesterners, though, preferred cash and stocks over real estate. People living in the South preferred real estate and cash investments.
Age can be a defining characteristic. The youngest group, those between 18 and 29, had the highest preference for cash, at 32 percent, while people between 30 and 49 favored real estate more than any other group, at 32 percent.
By income level: Those bringing home over $75,000 a year were the most likely to prefer the stock market, with 28 percent responding that they’d favor stocks over other investments. Americans in the lowest income bracket, making less than $30,000, were the most likely to trust cash investments. And 35 percent of those earning between $30,000 and $49,999 were the most likely to choose real estate over the other options.
Risk tolerance increases with more education. College grads are more likely to invest in stocks (29 percent) than any other education group.
What the experts sayMany financial planners say Americans shouldn’t discount stocks when it comes to investing a little extra cash. David Mullins, wealth manager at David Mullins Wealth Management, pointed out that over 10 years the S&P 500 has generated a positive return 95 percent of the time. It has never produced a negative return in a 20-year period, he says.“The thing stocks offer that the other investments don’t are dividends,” Mullins says. “Over time, the compounding and reinvestment of these dividends makes a strong case for stock market investing for any extra money you won’t need for 10 years.”And what about real estate, Americans’ most preferred investment option? Hank Mulvihill, principal of Mulvihill Asset Management, says that although real estate can be profitable over the long term, it’s not as easy to turn into cash as other investments. Instead, he prefers a portfolio of bonds and high-quality, dividend-paying stocks for any money that isn’t needed for 10 years. And Mulvihill doesn’t think the other investment options in Bankrate’s survey are worth considering.“Cash is not going to become more valuable unless deflation sets in. CDs are bonds issued by banks, and pay insulting rates, so why bother?” he says. “Gold and silver are useless.”Financial comfort shakyDespite the underlying optimism in real estate, Americans’ financial security slipped in July, with the FSI hitting its second-lowest reading this year.When it came to their jobs, 22 percent said they felt “more secure” compared with how they felt a year ago, and 14 percent said they felt “less secure.” While still positive, it’s a weaker response overall. Last month, 29 percent of those surveyed said they felt “more secure” about their jobs, compared with 9 percent who said they felt “less secure.”They were also concerned about their level of savings. When asked about the money they’d socked away, 29 percent said they were “less comfortable” with their level of savings compared with a year ago. Only 18 percent said they were “more comfortable.”
Related Links:

Better ask these 5 questions before picking a robo-adviser

Investing for beginners: Do it yourself, hire an adviser or use a robo-adviser?

6 questions to ask about title insurance