4 most common mistakes people make with a financial windfall 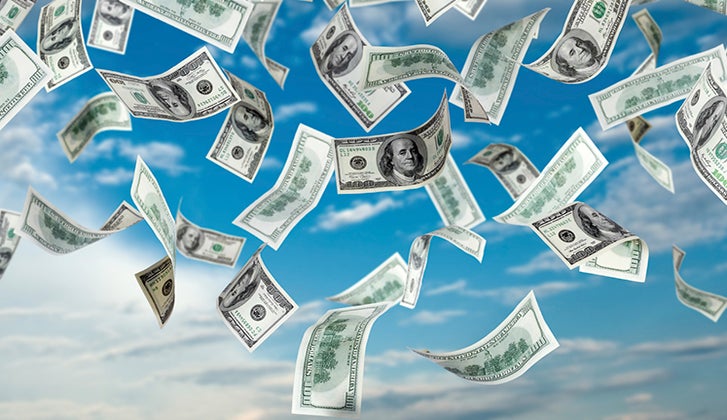 Say you just received a huge inheritance, or a financial windfall from stock options your employer gave you, or a pot of cash when the company you work for went public. Now you’re on easy street for the rest of your life, right?Not so fast. Many who are thrust into that enviable position run through the newfound wealth in a heartbeat, throwing their financial security right out the window.“I’ll never forget the first thing a banker said to a client of mine after he sold his cement company several years ago for $400 million-$500 million: ‘Don’t blow it,’” says Richard Rampell, CEO of Palm Beach, Florida, accounting firm Rampell & Rampell.Just how do so many people find a way to separate themselves from the load of cash that just dropped into their lap? It’s really not that hard. Here are four ways.1. Not hiring a financial adviser bound to a fiduciary standardAmong those who aren’t sophisticated about personal finances, failing to hire an honest, competent, conflict-free financial adviser may be the biggest mistake. “Find someone whose interests will be aligned with yours, preferably a fee-only adviser, not someone who wants to sell you life insurance, mutual funds, etc., for a commission,” Rampell says.Thoroughly research several candidates before choosing an adviser. “Find bankers, lawyers and accountants to ask for referrals,” Rampell suggests.2. Going on spending spreesSome people fail to restrain their impulse for conspicuous consumption. “Individuals who receive a lump sum often think it’s a bottomless pit — that you can do what you want with it and it will continue to be there,” says Diane Pearson, a wealth adviser for Legend Financial Advisors in Pittsburgh. Of course, that’s not the case.“We had a client who left her entire $500,000 estate to her 18-year-old niece with no instructions. Sad to say that as much as we tried to help the young woman, she just went on a spending spree, and it’s all gone,” Pearson laments.So what’s the solution? “Plan for the future,” she says. Depending on your financial goals, “there are all kinds of vehicles to tuck away your money and avoid a big tax bill.”3. Not resisting rapacious relativesOftentimes, friends and relatives come out of the woodwork looking for handouts. Just say “no.”“Every relative or high school friend who is on hard times will come to ask you for money,” Rampell says. “If your impulse is to be generous, rein it in. Most people won’t repay you loans.”He witnessed the problem firsthand with one of his former clients, star actor Burt Reynolds, who went bankrupt in 1996 and is reportedly still suffering financial woes. “Movie stars have these entourages,” Rampell notes. “He was supporting a lot of other people who provided no service of any value to him.”4. Making bad investmentsIf people find out you’ve come into big bucks, some will likely approach you with dubious investment ideas. “Someone will come to you and say, ‘I have a beer distributor or a product to compete with the Apple Watch,’” Rampell says. “Stick to plain vanilla. It may not be glamorous, but it’s safe.”Maybe the most obvious advice is to be discreet about your sudden bounty. “A lot of people want to brag, but it has a negative side,” says Rampell.
Related Links:

Survey: Stock market gurus predict millennials will get over a big financial phobia

Small-cap value stocks have high returns, low risk. Can you stick with the strategy?

Baseball and your money

5 types of life insurance to safeguard your family’s future