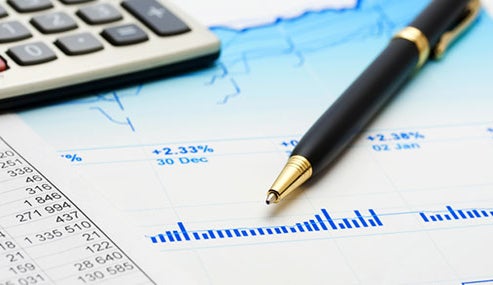 Has potential tax benefits.
Allows investor to hold on to treasured investments.
Is a fast source of cash.

The loan can get called in.
There may be a mismatch in liquidity.
There is potential for a bubble.

What is securities-based lending?Securities-based lending, also known as portfolio-based lending, is where investors take out a loan using their investments as collateral in the same way you might take out a second mortgage on a home you own to cash in on your equity.Then, those funds can be used to buy real estate, cars, luxury items or just about anything but more stocks, bonds or other securities. The interest rate you’ll pay on the loan is typically based on a short-term index like Libor (London Interbank Offered Rate), plus a spread that takes into account factors such as the amount of assets you have under management with the firm.Most of the time, the person offering you such a loan will be a financial adviser, broker or private banker at an institution where you have a substantial amount of money invested.Coming to a financial adviser near youEarlier this year, Morgan Stanley’s wealth unit reported record profit margins, thanks in part to increased securities-based lending to clients. Wells Fargo Advisors cited strong growth in securities-based lending as a big reason its third-quarter revenues increased, despite earning less doing what brokers and advisers traditionally profit from — buying and selling securities for clients.A combination of very low interest rates, very high stock prices and aggressive selling by brokers has made securities-based lending increasingly common, says Joshua Brown, CEO of Ritholtz Wealth Management.“The people staffing these lending mills within the large firms are right out of college, and they’re staffing up like crazy,” Brown says. “And, they’re essentially building a sales force to assist the brokers in monetizing more of their (assets under management).”In a world where brokers are getting a smaller cut of assets under management due to declining fees and commissions, the chance to grab more through securities-based lending is too appealing for brokers to pass up. What’s less clear is the benefit for their clients, Brown says.“From a consumer standpoint, anything that you sell them will become popular, because they don’t know better,” Brown says. “It’s not that everyone’s crazy; it’s just that you’ve got really highly trained salespeople with very low rates of interest, and a story that goes something like, ‘The stock market goes up and up and up. You need to unlock the value of it by borrowing against it.’”Potential upsidesIf you do get a pitch for securities-based lending, here are some of the selling points you may hear.
Tax benefits: When you sell an investment that’s gone up a lot in value in a normal brokerage account, you’ll usually trigger a capital gains tax hit. That “taxable event” won’t happen in many cases if you take out a loan against your investments instead of selling them.
However, delaying capital gains may not end up making a huge difference in your long-term tax costs, says Stephen Horan, managing director and co-lead of education for the CFA Institute.“You’re not going to eliminate the gains,” Horan says. “You’re still going to have to pay the gains.”There can be benefits to delaying the payment of taxes in some cases — if you’re waiting out the clock to sell so you can qualify for the lower long-term capital gains tax, or if you can defer the tax hit more than five years, Horan says.But you can’t dodge the taxman forever, and you may miss out on other deductions, such as the mortgage interest deduction.
Not selling your “precious:” Some people have an emotional attachment to certain investments, maybe because they made out like a bandit or because they have a personal tie to the company.
“Where you see that most strongly manifest itself is in the context of, say, an entrepreneur or an executive who holds a very large concentrated position,” Horan says. “It is very difficult for someone in that position to overcome the bias against selling it: ‘Why would I sell the very thing that made me wealthy?’”Securities-based lending may allow that type of investor to get cash in their pocket without having to sell, albeit with substantial risks and costs.
Fast source of cash: Securities-based lending may be most effective as a type of bridge financing, Horan says.“It may be that you’re selling one home, you’re purchasing another, you’re not closing on the same date or the sequence in which they’re closing means you’re going to be short of cash,” Horan says. “It’s perfectly reasonable to use your portfolio of assets to get some liquidity to bridge two very specific events.”Potential downsides

The loan can get called in: If the value of investments you’re using as collateral falls in value by a certain amount, you’ll get a call from your adviser or broker looking to bring the outstanding balance of the loan back in line with the value of the collateral. Typically, that involves putting up cash to reduce the balance of the loan, in many cases liquidating part of the portfolio to pay it down, Horan says.“Now, all of a sudden you’re locking in losses,” Horan says. “It forces action when you otherwise might not want to take action.”And while banks typically require securities-based loans to be secured by low-risk investments such as investment-grade bonds or even Treasury bonds, even those are subject to the oscillations of the market, Ritholtz Wealth Management’s Brown says.“If you see a 1 percent interest rate rise and someone’s got a portfolio duration of seven to 10 years, that’s going to be a pretty nasty wake-up call for people who think that’s ‘cash good’ — that a bond portfolio can’t have volatility,” Brown says.

There may be a mismatch of assets and liabilities: The things people tend to buy with securities-based loans — houses, cars and luxury items — are typically not very liquid. That means that if a borrower faced a cash crunch and the loan is called at the same time, they probably wouldn’t be able to unload that yacht fast enough to pay back the loan, Brown says.This is subprime for rich people.“They’re either financing their lifestyles or they’re buying nonmarket things. And the nonmarket things they’re buying are not as liquid, so if push comes to shove, guess what’s going to get sold and what isn’t? It’s the retirement assets that are going to get sold,” Brown says.That could undermine the very reason why most people invest in the first place: long-term financial security.

You can get caught in a bursting bubble: If these loans go bad all at once in the same way mortgages did during the housing crisis, it could mean trouble for investors who get caught up in it, Brown says.“This is subprime for rich people,” Brown says. “If you borrow heavily against (your portfolio), it doesn’t mean it’s going to work out badly, but you’re adding the potential for it to work out badly. And if everyone is borrowing against their portfolio at the same time, it could even have systematic market implications, if all of a sudden those loans come due or everyone decides they’re going to sell off their portfolio.”
Related Links:

5 tips to shine in investing in gold coins

8 things to know before investing in gold

Econ 101 lessons that will save you money